The widening investment impact of conflict 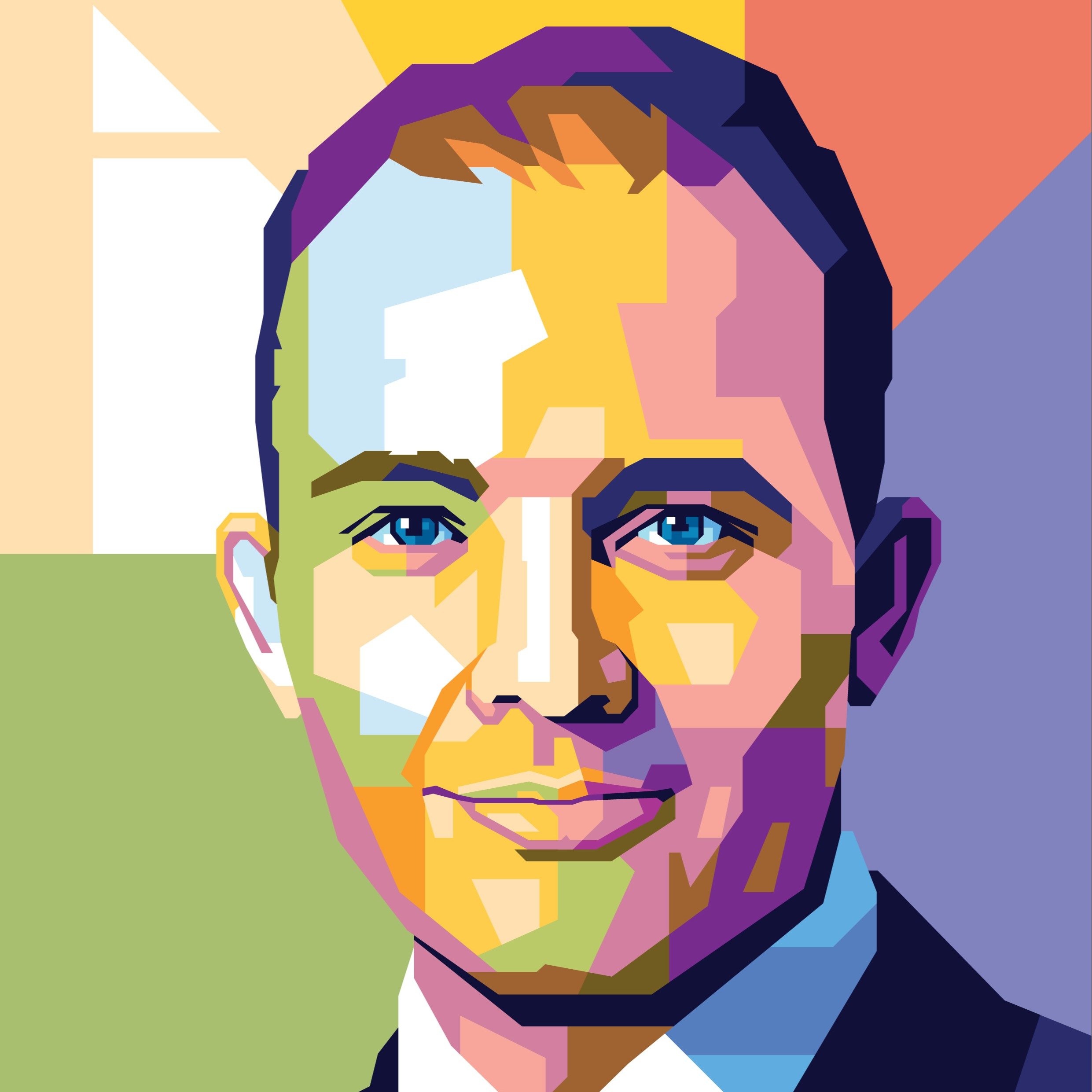 The conflict in Ukraine will continue to impact the global economy. Download our summary of the war’s ongoing economic impacts.

The daily news from Ukraine is heartbreaking as the country remains under siege and attack.

Beyond the immense human suffering, the war and the sanctions imposed on Russia create broader issues across a variety of dimensions. I believe these issues will re-orient the global economy with potentially long-lasting investment implications.

At one end of the spectrum, there are countries with huge dependency on essential commodities that were imported from Russia, Belarus and Ukraine. The ripple effect of higher commodity prices hurts countries, businesses and individuals, possibly triggering calls for government support as many were already facing supply side pressures. Russia, Belarus and Ukraine are key suppliers for many items within mineral products, chemicals, metals and soft commodities. At the opposite end of the spectrum, there are countries that produce commodities, many of them emerging markets, that will export more at higher prices.

Food prices and food availability will increasingly be a central global economic and political issue. The expected decrease in food production due to reduced spring planting in Ukraine has already lifted global wheat and corn prices by just over 17% since the start of the war.1 Higher grain prices will have a disproportionate impact on low-income countries, particularly those where 30% or more of spending is on food. Some countries in Africa spend 50% of their income on food, and even in a larger country like India this proportion is nearly 40%.2

Food supply disruptions will hit countries like Egypt and Turkey hardest—they are the largest importers of soft commodities from Russia, Belarus and Ukraine. Egypt relies on Russia and Ukraine for 85% of its wheat imports3 and Turkey 80%. Pressure will grow for affected countries to either find alternate sources of supply or to ramp up domestic production.

Alternative food supplies can come from places like Brazil, which is currently the leading exporter of soybeans, corn, sugar, meat, coffee and ethanol.8 As countries look to diversify their fertilizer suppliers, China and Canada could also benefit as they are major fertilizer exporters. For example, India has looked to Canada and Israel to replace lost fertilizer supply.

A shift in suppliers for key building blocks is likely

Russia, Belarus and Ukraine are also key suppliers of many base metals used as inputs in an array of industrial sectors. Over half of Italy’s and the Philippines’ iron and steel imports had come from Ukraine and Russia, and 100% of nickel imported into Finland had come from Russia. Nickel prices have been particularly volatile of late, in part because of pressures from hedge trading in futures markets. Nickel trading on the London Metal Exchange (LME) was suspended for the first time in 145 years on March 8. When the market reopened, prices were twice their levels at the previous close and 60% higher than the previous peak price reached in 2007. Nickel is a key element in the production of stainless steel and batteries for electric vehicles.

Shortages and high costs of semiconductor chips have already impacted the automotive and consumer durables sectors. The production of chips is likely to get tighter with the shortage of a key input—neon gas—if the war in Ukraine goes on for longer and inventories thin out. This impacts East Asia, where 75% of global semiconductor manufacturing takes place.9 Ukraine is the world’s largest supplier of noble gasses, including neon, krypton and xenon, supplying about 70% of the world’s neon gas and 40% of the global krypton supply.10 China is the next leading provider of neon gas where the price of industrial-grade neon has increased by nine times since the start of the war.11 Japan and South Africa are among the other major suppliers of neon, both of which could see an increase in demand.

Alternatives to traditional sources of energy will be needed

Russia is also the world’s second-largest producer of carbon forms of energy and accounts for 11% of total crude oil output. Concerns about shortages of oil and natural gas have pushed global prices sharply higher. Therefore, consumers and businesses worldwide are paying more for gasoline, home heating fuel and electricity. Demand for energy tends to be inelastic (driving, heating, cooling and industrial activity are largely non-discretionary activities), and as a result purchasing power will decline. Australia and Indonesia are positioned well as the largest exporters of coal and could benefit from additional demand from buyers in Europe, South Korea, China and Japan.

Once again, economically disadvantaged groups and countries will be hardest hit. In addition, development of non-carbon based alternative sources of energy could be a strategic advantage from both an economic and national security perspective. The included chart summarizes some of the countries that may benefit or face challenges because of the shifts in the global supply chain.

Rising food, energy and other raw materials prices creates a dilemma for monetary policy. Should countries hike interest rates to arrest inflation at the risk of slowing growth and rising joblessness? For central banks in the United States, the United Kingdom and Europe, higher commodity prices feed into already high inflation, but they also erode purchasing power. Real wages are now falling 2%-5% across advanced economies.12

For now, the Federal Reserve and the Bank of England have decided that inflation is the greater risk, and have signaled their intent to tighten, forcefully if necessary. The European Central Bank and the Bank of Japan, on the other hand, are taking a “wait-and-see” approach. China has signaled its willingness to ease policy, albeit via tax cuts. The upshot is that the major economies in the world will have greater policy divergences than at any time since before the global financial crisis.

For the rest of the world, other policy considerations are paramount. Policy flexibility may be constrained by currency reserves and debt levels. Others may have to keep an eye on the willingness of creditors to continue to lend on favorable terms. As global interest rates broadly rise, funding costs will also rise. This puts emerging and lesser developed countries most at risk. The combination of higher import costs, low levels of reserves, and rising debt servicing is typically one that leads to financing stresses and strains.

When households experience falling real incomes and greater economic uncertainty, calls for policy and political change often follow. Incumbent politicians will likely be punished by the electorate in democracies, and even in more authoritarian regimes unrest can spill over. That lesson is clear from centuries of history, or even recent experience such as last decade’s “Arab Spring,” where lack of economic opportunities played a large role in the protests against what most citizens believed to be corrupt and totalitarian leadership.

COVID-19 accelerated shifts in the fabric of global society, and this war layers on another level of complexity that could fuel the transition towards a less globalized trade environment. The consequence of all of this is a greater variability of economic outcomes. While adjustments are not instantaneous, they could be long lasting. Markets, economies, and societies are flexible and capable of responding to shifting dynamics, and investors should be willing to embrace the coming changes. 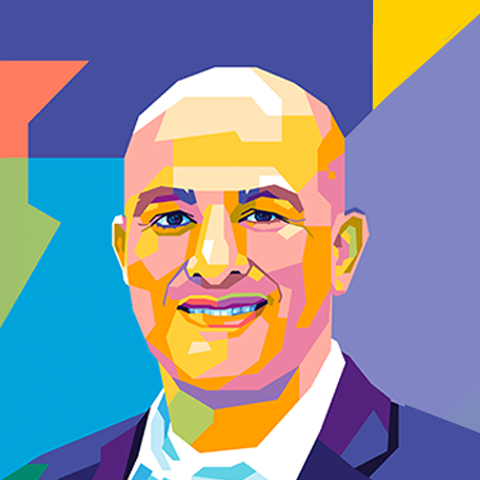 The three moments that matter for advisors

By combining your best practices with the latest tech, you’re ensuring that you are ready to help clients in the moments that matter most to them.
Custom Button! 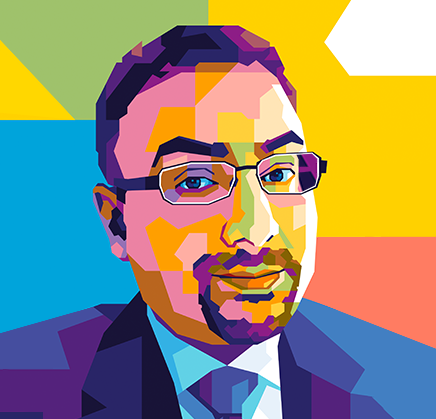 Keeping up with disruptive trends be a challenge, especially if you try diving into the live discussion on Twitter.
READ MORE

Life beyond referrals: The role of marketing in RIA growth