“You jump out the window and build your wings on the way down.”

Being a ghost turned out to be a great career move for Frank Paré.

After college, he got a job as a stock record clerk for Charles Schwab in San Francisco, his hometown. Pulling certificates out of a vault was not, however, the career path Paré wanted. So he started volunteering on the equity trading desk — and getting into the office at 3 a.m.

“I wanted to learn as much as I could about the business,” Paré says. “So I would just ‘ghost,’ which meant hanging around and doing whatever the guy who ran the desk told me to do.”

The experience paved the way for Paré to be transferred to a Schwab branch office in Oakland. He worked in customer service and one day heard a presentation by the company’s chief compliance officer. “I said to myself, ‘this guy knows a lot and I want to know what he knows,’” Paré recalls.

He became a compliance analyst for Schwab and then chief compliance officer for Loring Ward. After five years, Paré realized this was not the career path he wanted either.

“I had a good job at Loring Ward and worked with a great team,” Paré remembers. “But one day, I thought, ‘if I were on my deathbed would I have any regrets?’ And I realized I would — not having started my own RIA. I enjoyed helping people figure things out and something inside me said if I didn’t try starting my own firm, I couldn’t live with myself.”

So in 2006, Paré resigned his position at Loring Ward, sublet shared office space in Oakland with some accountants and lawyers and opened PF (for ‘People First’) Wealth Management Group.

“In the beginning, it was just like what they say: you jump out the window and build your wings on the way down,” he says. “My biggest ‘aha’ moment was realizing the difference between running the business and working in the business.” 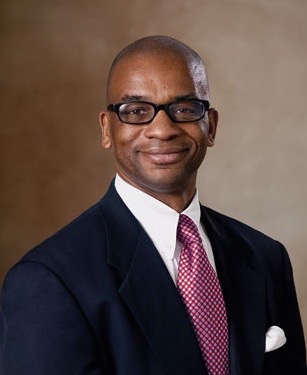 Paré targeted mass affluent and high-net-worth clients and built his business by networking as much as he could in the community and doing a lot of pro bono work. He also wanted to network with more experienced advisors in the Bay Area and began going to Financial Planning Association events.

“I just started showing up,” Paré says. “My criteria was: do they serve oatmeal?”

After going independent, joining the East Bay chapter of the FPA was his best career move, Paré says. “You’re in a room with a lot of people who traveled the path before you,” he says. “There was a tremendous outpouring of help and guidance.”

Once again, Paré threw himself into a new venture. He joined the board of the local FPA chapter, volunteered where he could and helped organize Financial Planning Days, an annual pro bono clinic where local planners devoted an entire day to giving free financial planning advice to the community.

Paré came by his work ethic and desire to help people honestly. He saw his mother raise three children as a single mom working as a supermarket cashier. When the children were grown and out of the house, she went back to school and got a degree in engineering.

“My mother was an inspiration,” he says. “I couldn’t wait to get a job. When I was 11 years old, I was thrilled to get my own paper route.”

In addition to running his firm and volunteering for the FPA, Paré was invited to join the CFP Board, where he served on the Public Policy Council. In 2014 he joined the FPA’s national board when the “landscape was changing” for the organization.

Pare reports the FPA’s membership was lagging, not enough young people and minorities were joining and too many long-time local volunteers were burning out. He explained, as a result, the organization began its ‘One FPA’ initiative to address those issues.

Paré was elected president in 2018 and oversaw the implementation of ‘One FPA’ and other initiatives, with a special interest in diversity and inclusion. “I wanted to make sure it wasn’t just a document or a slogan,” he says. “I wanted to be sure it was living and breathing and woven into the culture of the organization.”

“Frank was instrumental in helping FPA see that it needed a new way of operating if it were to thrive into its next decades,” says Skip Schweiss, the organization’s current president.

“Frank was board president when I joined,” Schweiss recounts. “I am a natural introvert and took much of my first year absorbing the issues and processes more than contributing.  Frank pulled me aside at the end of that year, put his arm around me, and in a tough-love sort of way said to me, ‘This board needs more of Skip.’  I got the message and dove in. Good coaching.”

While Paré, who served as FPA chair last year, is satisfied that progress has been made and more people of color are entering the advisory profession, he admits the process can be frustrating.

“There’s a lot of good work being done,” he says. “The FPA is doing more, the CFP Board has a ‘Diversity Summit,’ and advisory firms are paying attention because they see the changing demographics. But it’s a heavy lift. Firms have to be more aware of the environment that people are entering. There has to be support and mentoring and realistic expectations.”

Too often, wealth management firms expect African American advisors to bring in wealthy athletes and entertainers, Paré contends. “That’s a misuse of talent,” he explains. “There’s far fewer athletes and entertainers than there are doctors, lawyers, engineers and other professionals. And even getting those prospects in as clients is a very hard road for anyone.”

Advisory firms need to recruit on college campuses and “do a better job of explaining what a career as an advisor looks like,” Paré says. “Advisors can help people, but they are also expected to bring in assets. And firms that hire young people, women and people of color have to provide the right environment and support so people can thrive.”

Financial services firms “can’t just hire someone to be a smiling face on a brochure,” he cautions.

This blog is sponsored by AdvisorEngine® Inc. (“AdvisorEngine”) and Junxure, an affiliate of AdvisorEngine. The information, data and opinions in this commentary are as of the publication date unless otherwise noted, and subject to change. This material is provided for informational purposes only and should not be considered a recommendation to use AdvisorEngine or deemed to be a specific offer to sell or provide, or a specific invitation to apply for, any financial product, instrument or service that may be mentioned or to provide tax, legal or other professional advice. AdvisorEngine makes no representations as to the accuracy, completeness and validity of any statements made and will not be liable for any errors, omissions or representations. As a technology company, AdvisorEngine provides access to award-winning tools and will be compensated for providing such access. AdvisorEngine does not provide broker-dealer, custodian, investment advice or related investment services.

Benefits of a wealth management operations manager utilizing a CRM

How (and why) DHG Wealth Advisors shifted their focus from transactions to relationships. These days, wealth managers are always thinking about how...

As a fiduciary, nothing is more important to you than helping people with their financial lives. But does your practice need some help too?  In...

This article is part of AdvisorEngine®'s community conversation initiative. We're excited to bring you interviews with wealth management...