His father, Carl Tiedemann, was a founding partner and later president of the renowned Wall Street investment bank Donaldson, Lufkin & Jenrette. But Tiedemann, the co-founder and chief executive officer of New York-based Tiedemann Advisors, says his father never pressured him to go into the family business.

Carl did, however, make sure to tell his son why working in finance appealed to him. “He said you’re constantly learning, you’re always meeting smart and interesting people, you’re finding out about different trends and global developments,” Tiedemann says. “In short, finance teaches everything.”

The intellectual stimulation of a career in finance appealed to Michael as well. After graduating from Ohio Wesleyan University, he worked briefly as an emerging markets research analyst at his father’s investment firm, Tiedemann Investment Group.

Inspired by his older brother’s post-graduate travels through Asia, Tiedemann also wanted to see the world and began to travel around Latin America. In 1994 he joined the equity research group at Banco Garantia, one of Brazil’s leading investment banks.

Tiedemann lived in Brazil for two years, then moved back to New York, where he ran the bank’s equity sales and trading operations, frequently traveling back to Rio de Janeiro.

“I traveled all over the country and saw all parts of Brazil’s capital markets,” Tiedemann recalls. “I was in my 20s and never would have gotten that kind of exposure if I had stayed in New York and was getting coffee for senior executives at a large Wall Street firm.”

Credit Suisse acquired Banco Garantia in 1998. Tiedemann stayed on for two more years, heading up the sales trading desk. But he missed the entrepreneurial feel of a smaller organization and was receptive when his father pitched him on the idea of starting a new trust company.

“There was a need in the market for a trust company that was a fiduciary, had the expertise and a flexible service model,” Tiedemann says. “Family offices were being started around that time and needed trust services. But there were no clients and no revenues and I was starting a business with a 74-year-old man. Even so, it was a good idea and I was 29 years old, so it was the right time to take a risk.” 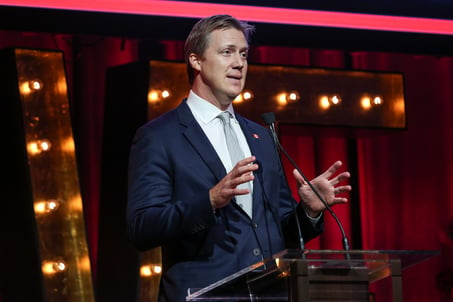 More than two decades later, Tiedemann’s gamble has paid off spectacularly. In addition to being a trust company, Tiedemann Advisors is a full-service wealth manager and family office with nearly $20 billion in assets under management. The minimum investable assets for new clients is $25 million and the average investment for the firm’s 400 clients, according to Tiedemann, is $60 million.

The RIA has made two major U.S. acquisitions, buying Presidio Capital Advisors in San Francisco and Threshold Group in Seattle. Tiedemann is now looking to expand internationally while concentrating on organic growth in the U.S. ultra-high-net-worth market.

The secrets of the firm’s long-term success?

Tiedemann emphasizes working with clients as a fiduciary, eliminating conflict, investing in technology, and offering clients a “permanent organization” that retains key people with equity stakes.

“Tiedemann was among the first, small group of fiduciaries to target the UHNW segment,” says industry consultant Jamie McLaughlin. “They’ve managed an internal equity ownership transition from founder Carl Tiedemann to a broad group of employees without using outside capital.  While they remain an independent boutique, they’re building institutional character with scale, a national footprint, and, most importantly, a cultural differentiation characterized by fierce client advocacy and a unified esprit de corps.”

ESG and impact investing have also been one of the wealth manager’s specialties and Tiedemann bought Threshold in 2017 because of that firm’s expertise and experience in the field. Indeed, client interest in ESG has been “the fastest growing area of interest in the firm,” Tiedemann states.

“Clients take a survey that helps them identify what their priorities are,” Tiedemann says. “We can then orient their priorities to link up with their underlying assets. But we take a non-concessionary approach to ESG in portfolios; we’re not conceding lower returns.”

Diversity, equity and inclusion have also been a priority for Tiedemann.

That commitment also extends to non-profit ventures such as The River Fund New York, which played a major role in distributing food to families in need during the pandemic. Tiedemann’s role as founder and chair is of a piece with his role as a financial advisor.

“I really enjoy being a fiduciary,” he explains. “It’s a dominant part of my DNA.”

AdvisorEngine recognized as a LUMINARIES finalist for CRM transformation

AdvisorEngine is proud to announce it has been recognized for the platform transformation of Junxure into AdvisorEngine ...
LEARN MORE →

AdvisorEngine's portfolio management suite of tools: How we built it

AdvisorEngine is proud to announce its CRM client growth tool, Lead Concierge, is a finalist in the marketing automation...
LEARN MORE →